I took a weekend getaway to the Catskills and Kaaterskill Wild Forest. I’ll share my SOTA activation, new equipment, and incredible hike up. 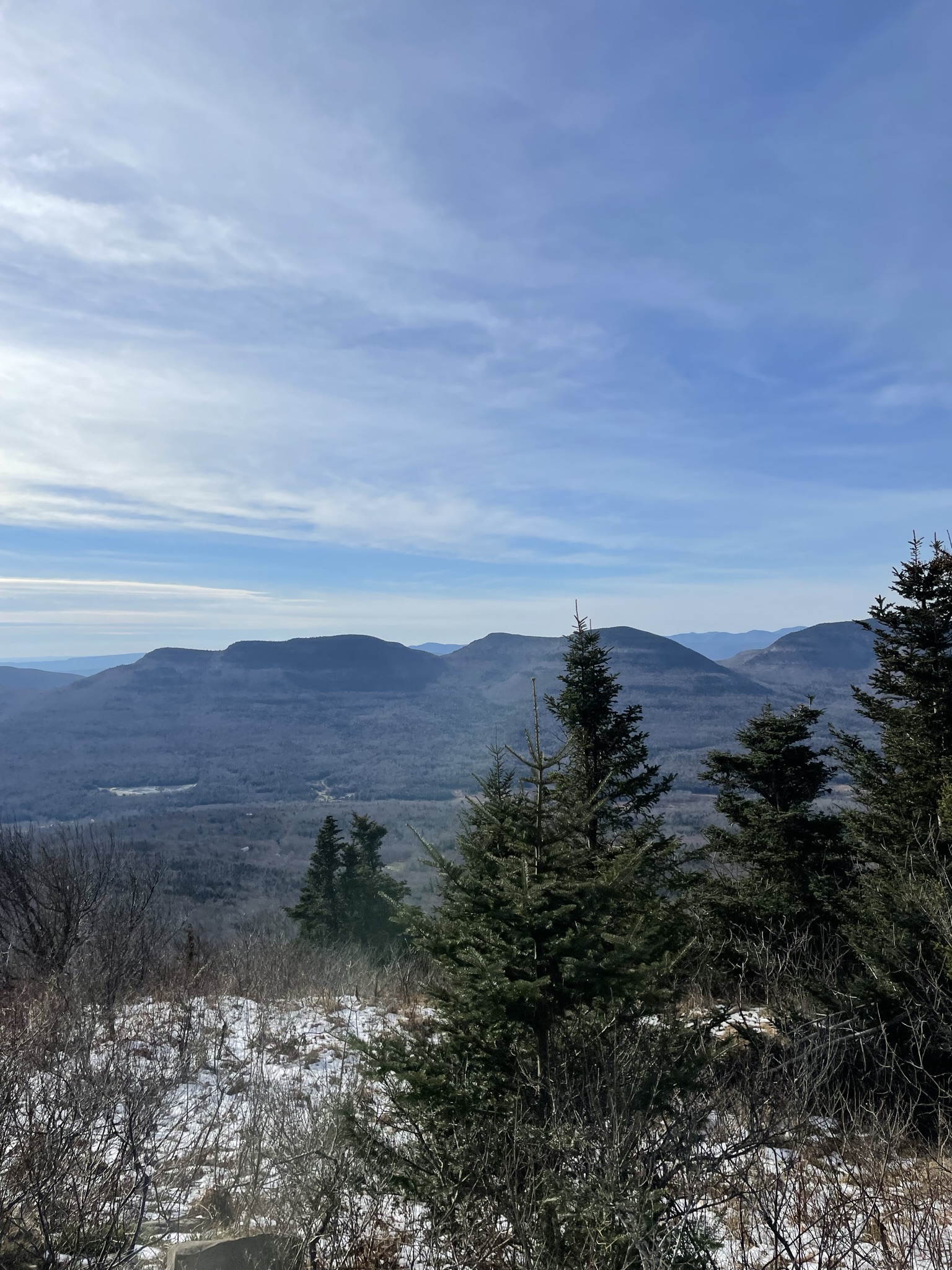 View of the nearby Indian Ridge

Kaaterskill HP is an 8-point summit in the Greater Catskills Mountain Range, next to Hunter Mountain and Kaaterskill Falls, west of Kingston and Saugerties NY. The summit doesn’t offer any interesting views from the top, but a nearby view point called Hurricane Ledge gives awesome views of the nearby Indian Ridge and even the Hudson River. I’d like to think I could see West Point from 3,563 feet: 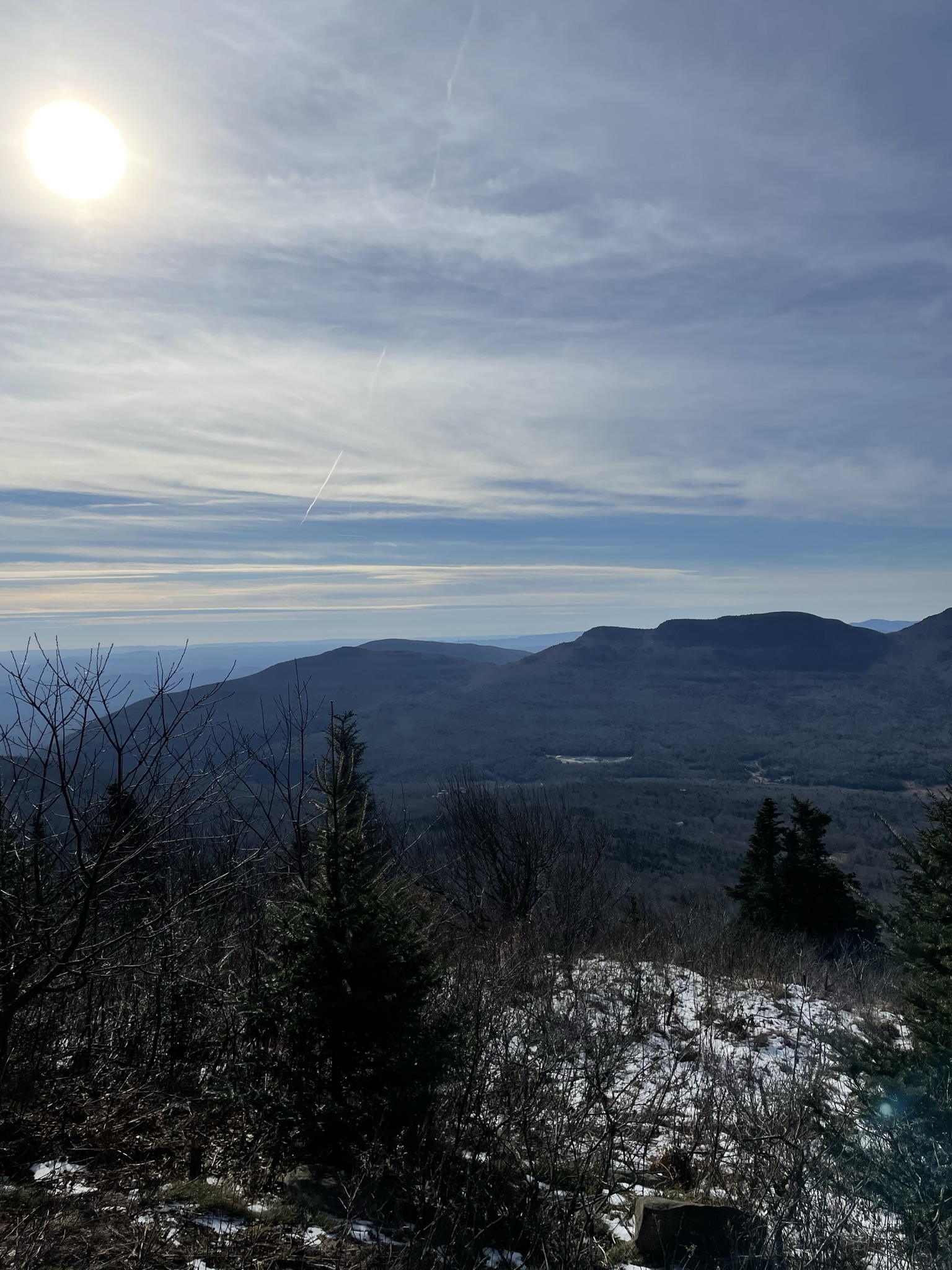 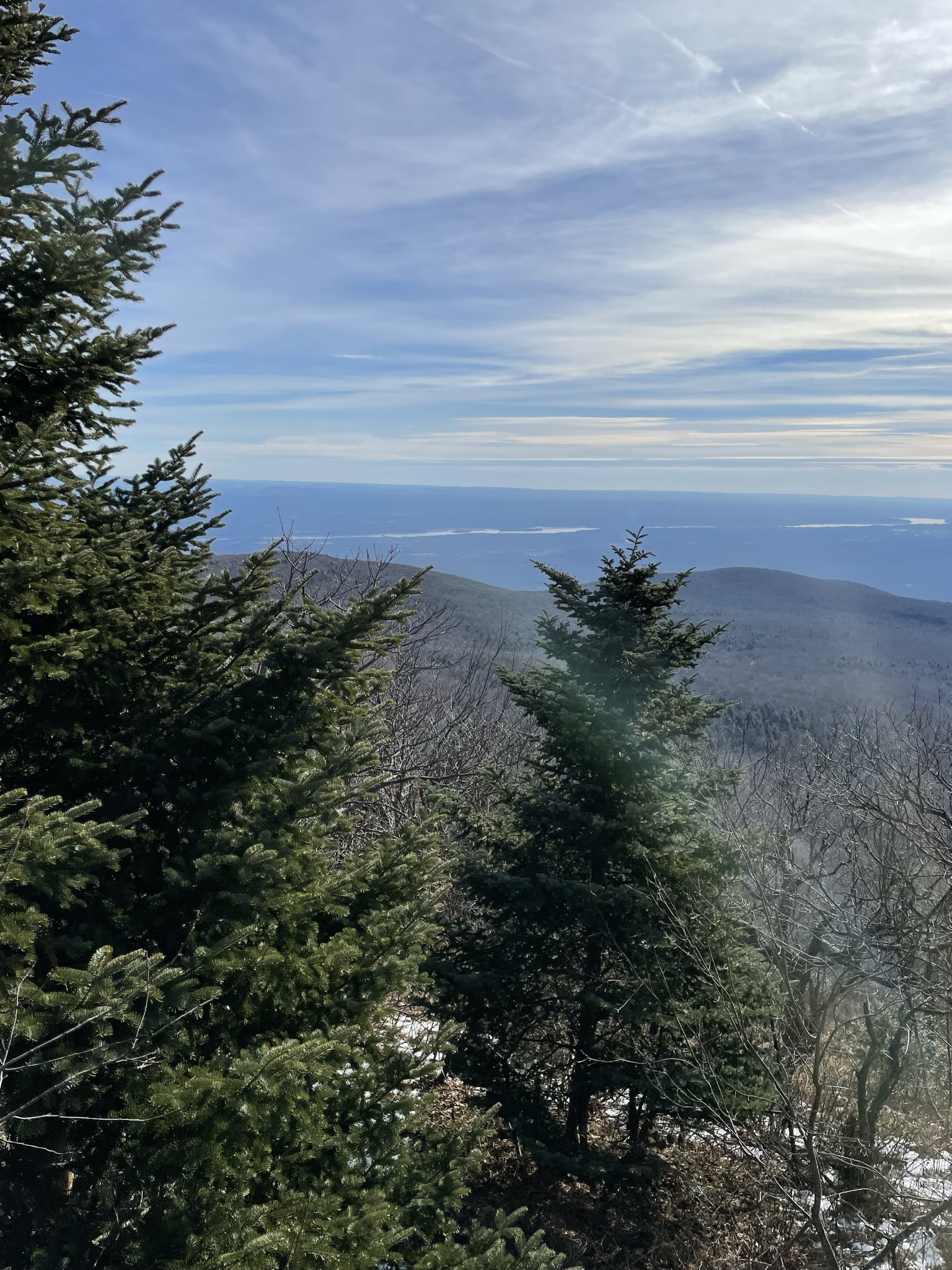 Here’s the hike that I used. I memorized the turns, the description of the milestones, and the route on the way up. I’ll be referencing it in the future, but this is a great 8.5 Mile hike.

I think I finally figured out expedient SOTA setup. This was a December activation, so I took extra precautions with warm clothes and ice. Here’s equipment with a brief description: 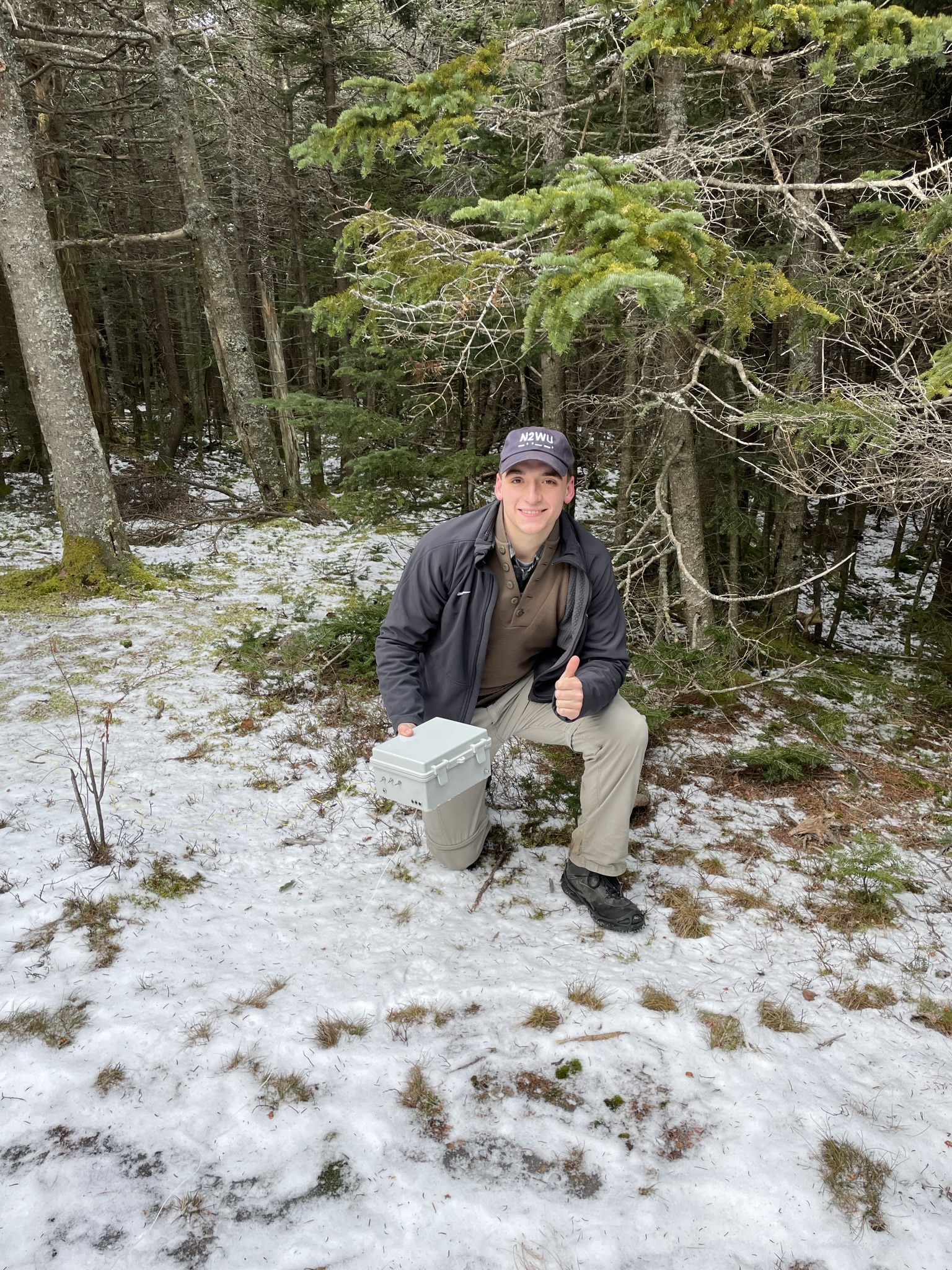 Total weight - 10-15 lbs. I brought everything I would possibly need up there. The hike was safe, but only because of the prep I did before. This is not an easy summit. 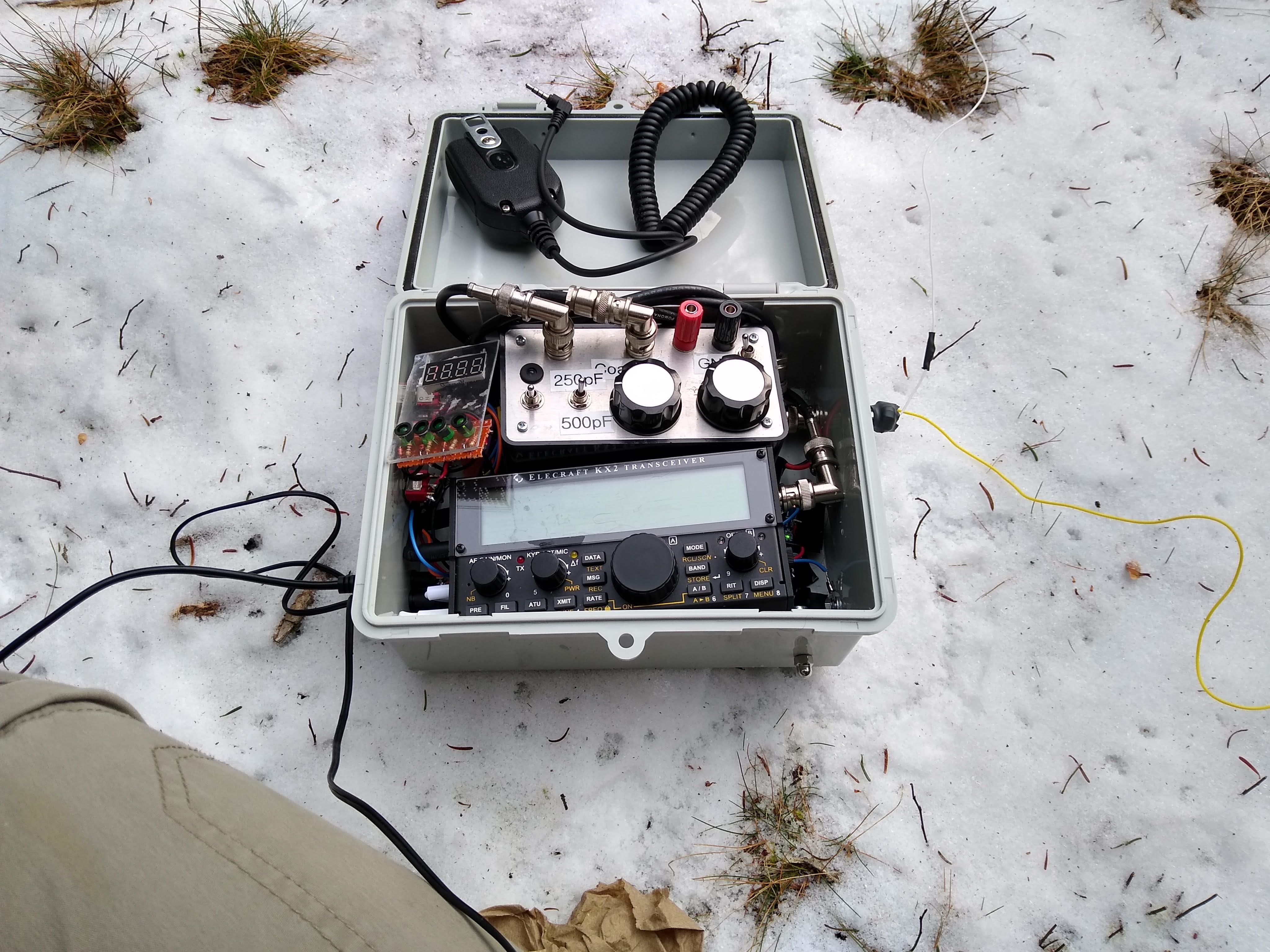 Setup at the top 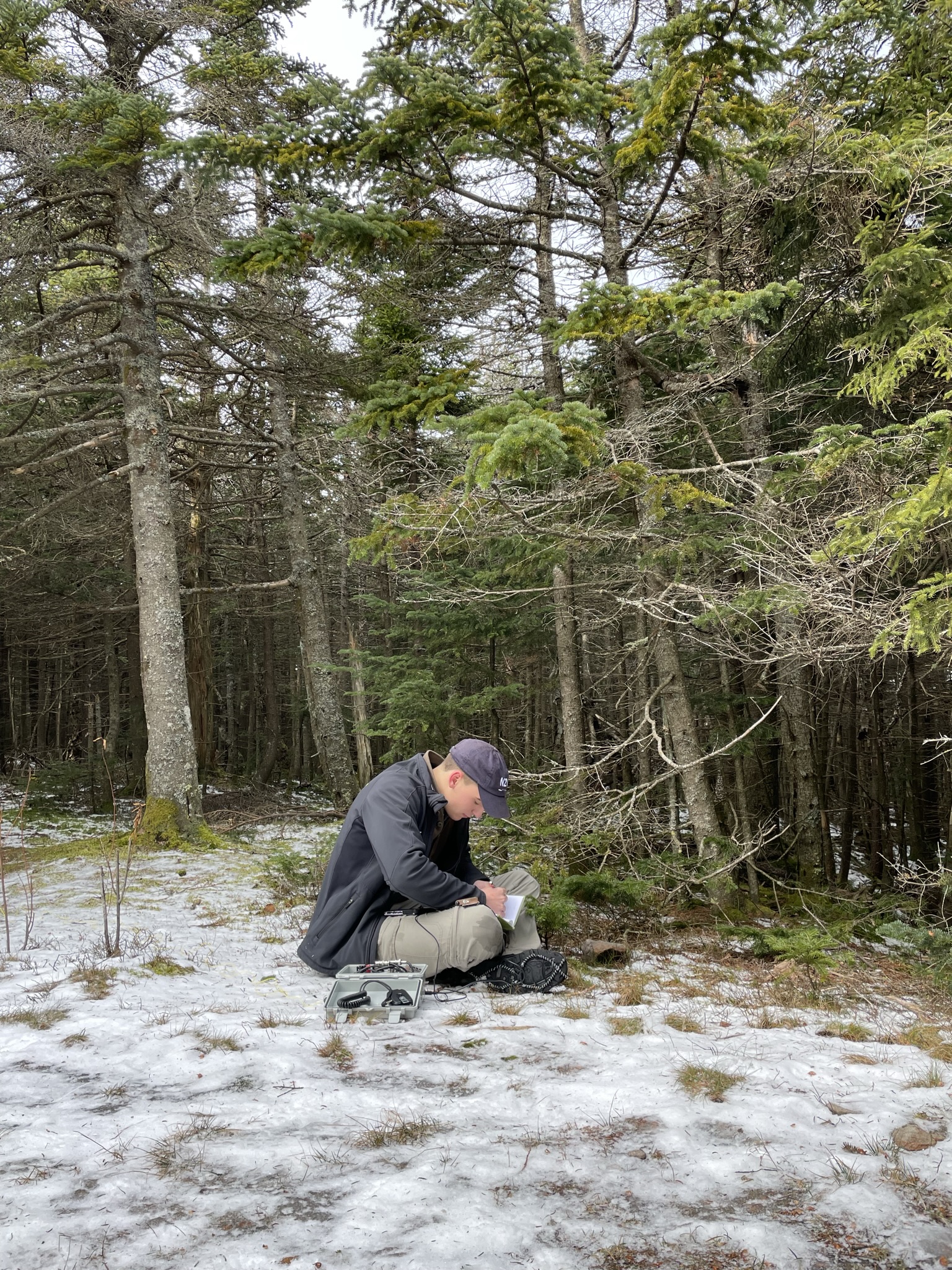 I became a little worried after reading past summit reports. Some activators said not to even bother trying this summit in the winter, others said to “eat your wheaties,” and one ham described in detail the bloody injury he experienced on the ascent.

Some would say I’m crazy for trying. I would say it’s par for the course.

Something I did different this time was plan extensively before I left. More than figuring out where the parking lot was. Like I said before, I used everything from this link. I parked at the DEC parking lot, which is right before a seasonal road closure driving from Panesville and Hunter NY: 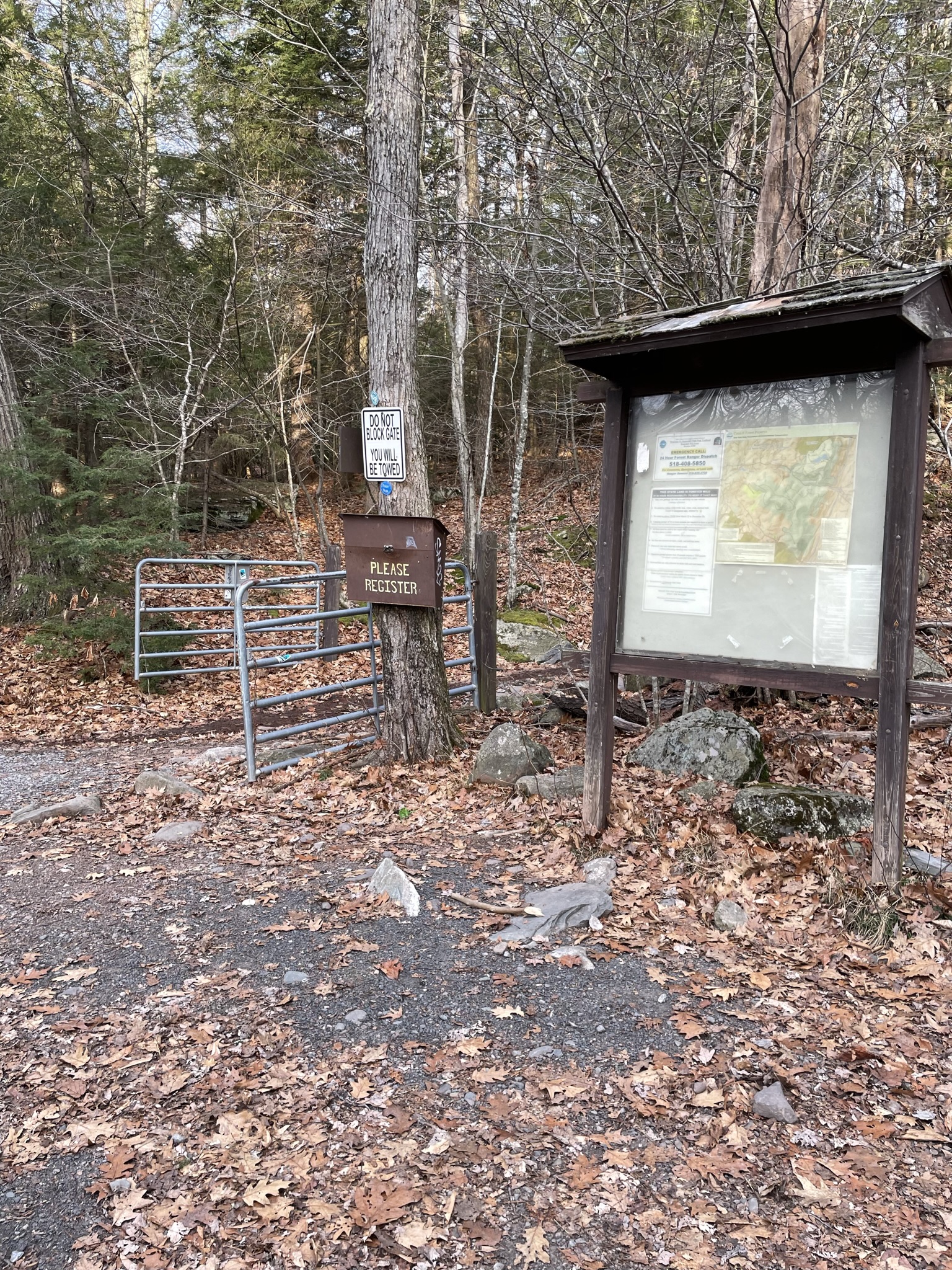 After this, we walked for about 1.5 miles up an ATV half-road. Supposedly the entire hike in the summer is covered in mud; in December, all water and ground freezes over for several inches of ice. It was about 20-30 degrees the entire hike. I strongly recommend wearing spikes of some sort; I started with YakTraks for the beginning ice, rock, and wet leaves. 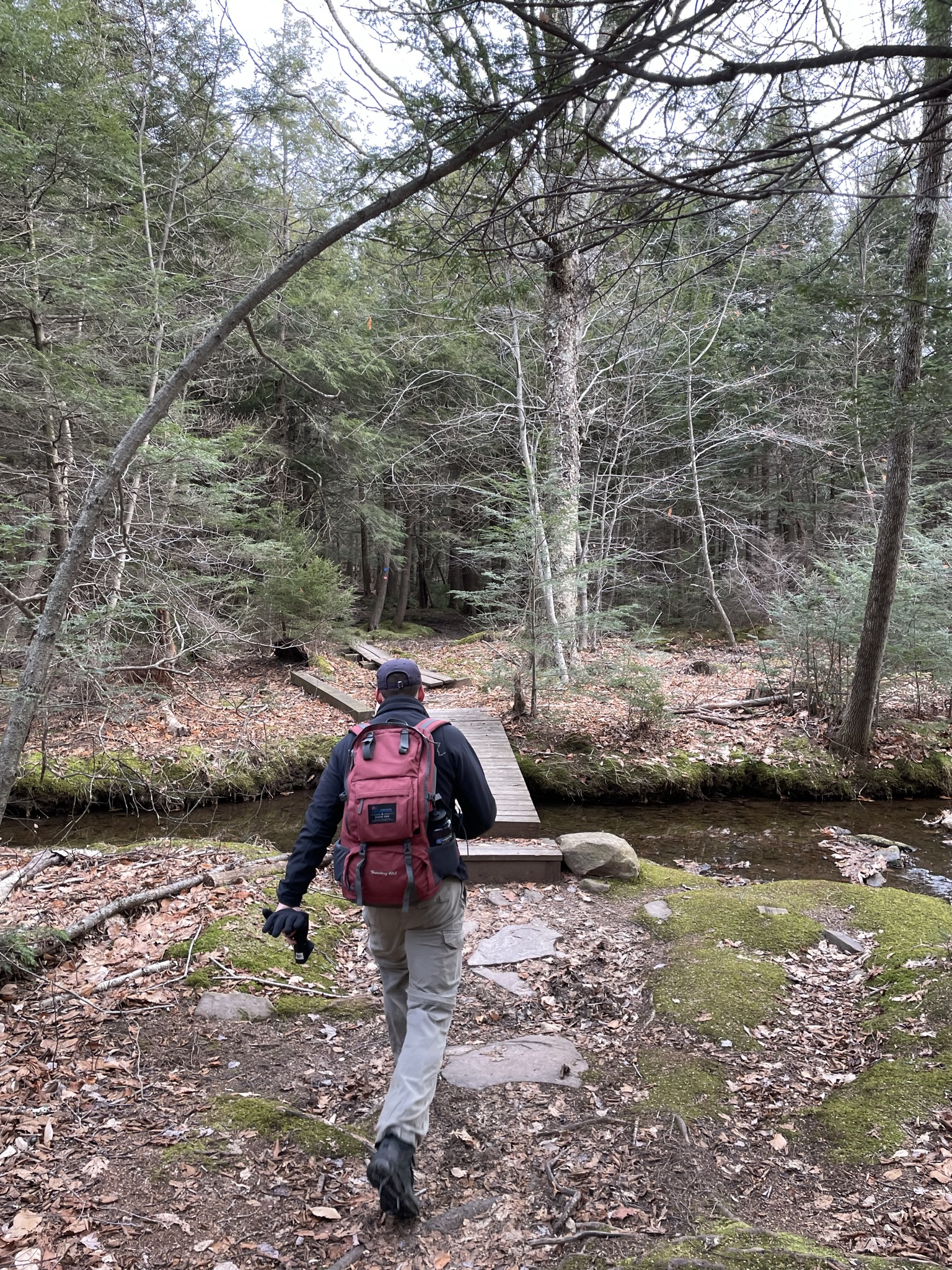 Bridge near the base of the hike

After about 2 miles, there’s a brief bushwacking portion to get to a former indian campsite. After this campsite, you continue on a snowmobile course for another mile. You’ll know you’re on the right path when you find the plane crash: 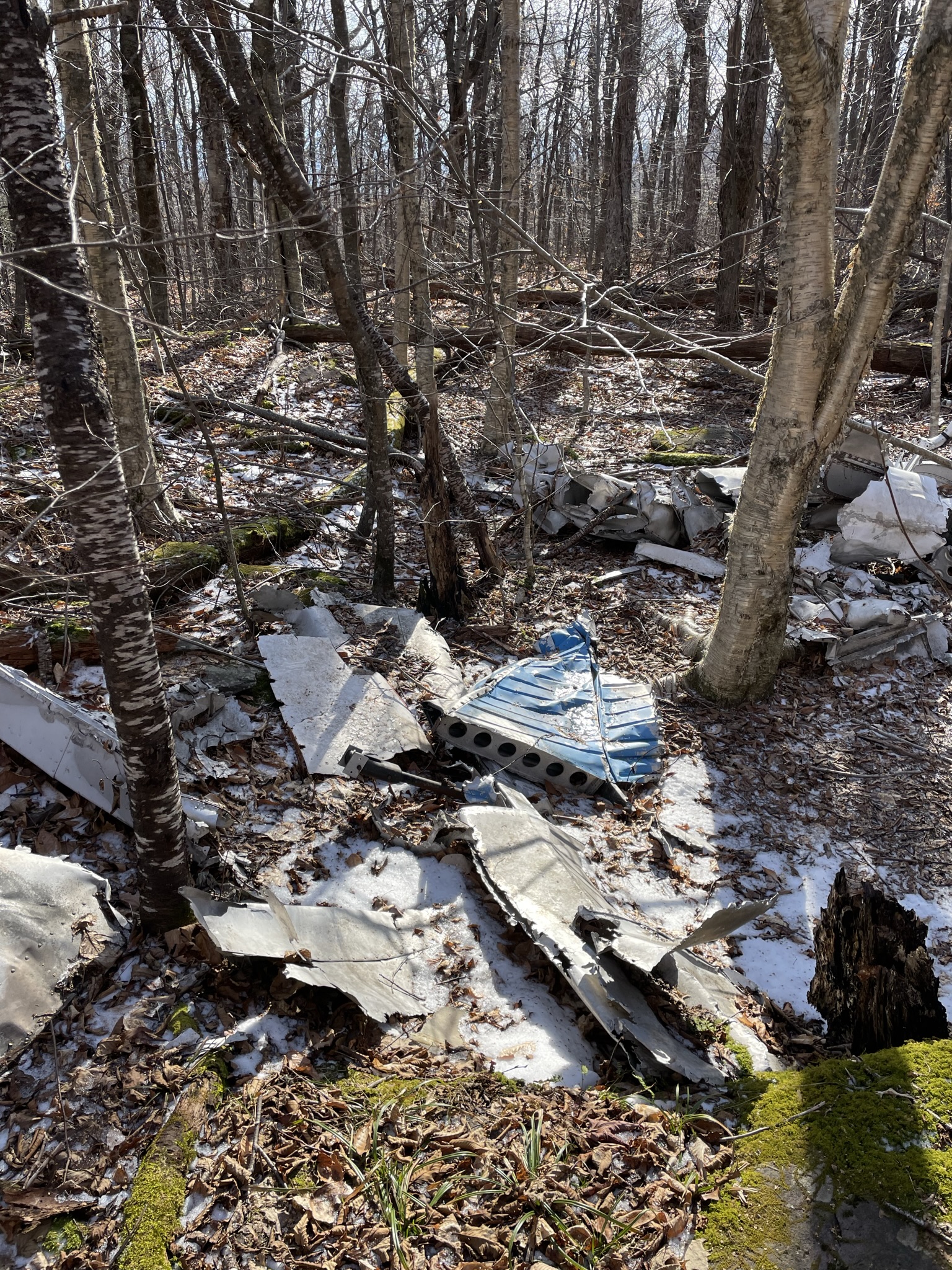 You can follow the red trail markers for the snowmobile path, but some of the trees seem a little hungry: 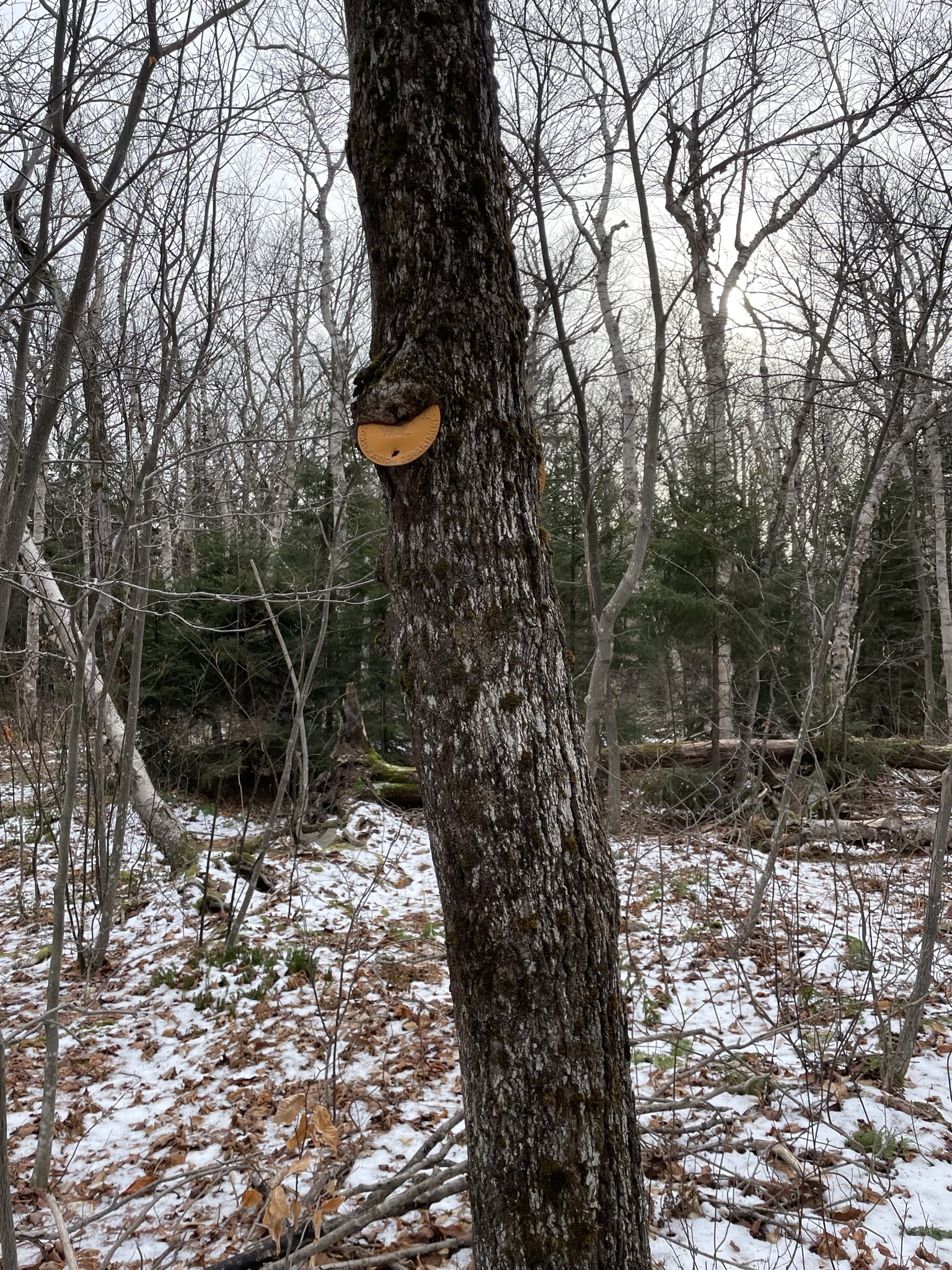 Following the snowmobile path is where the fun begins. You hike up a frozen stream for the rest of the trail which is 4-5 inches of solid ice and rock. Here is where I switched to Kahtoola Microspikes, which should be a requirement for this part. This ice scrambling is incredibly dangerous even with the spikes. I followed the rest of the rough trail and got to the HP, which offers no views unless you travel about 200ft to the Hurricane Ledge. It’s a tough but rewarding hike. 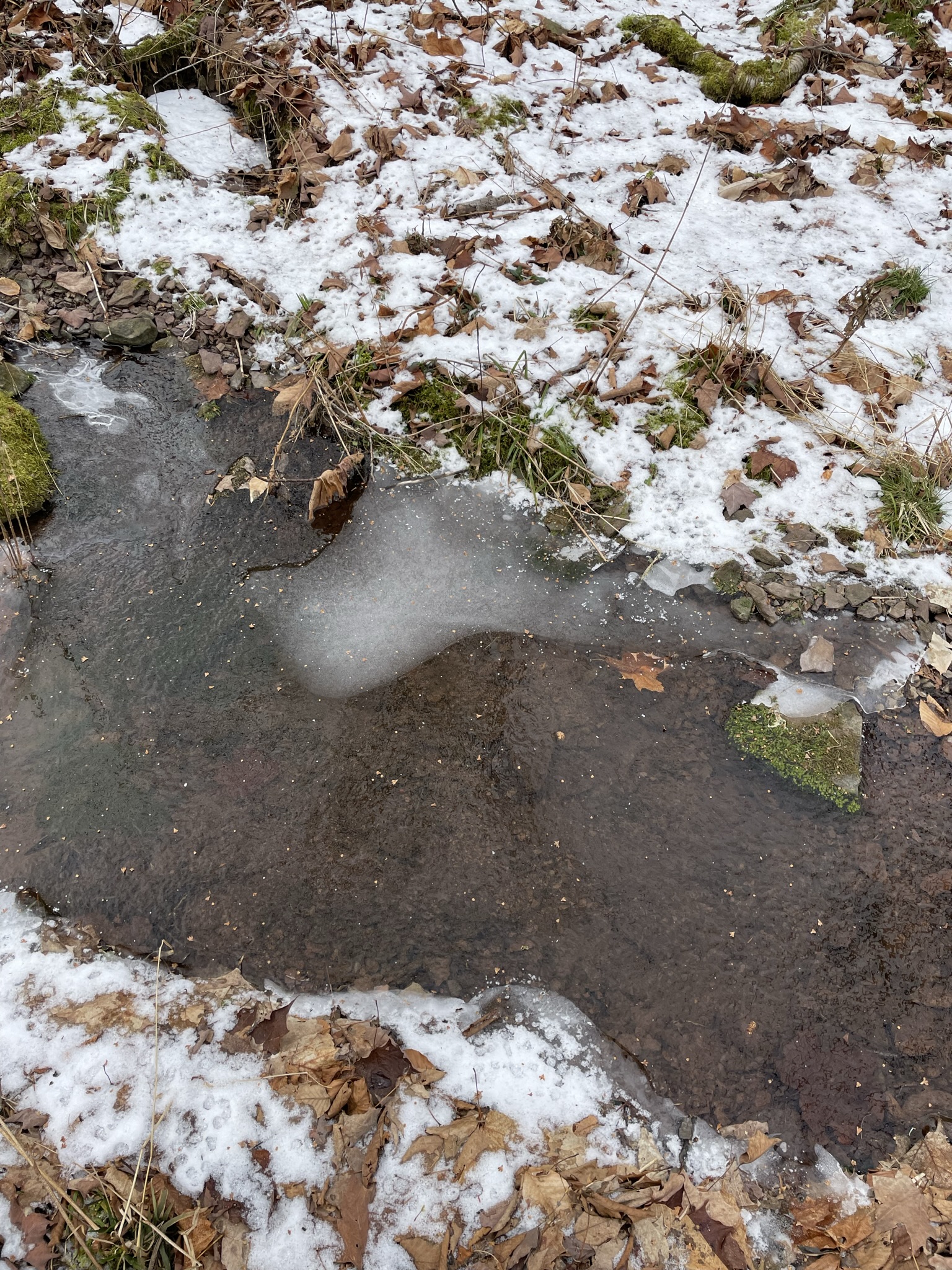 Solid Ice along the snowmobile path

The hike down is just as tough, with oblong rocks and sheets of ice the whole way down. I would argue it is a little easier to follow the trail on the way down, however.

I operated APRS as N2WU-9. It only registered up at the summit: 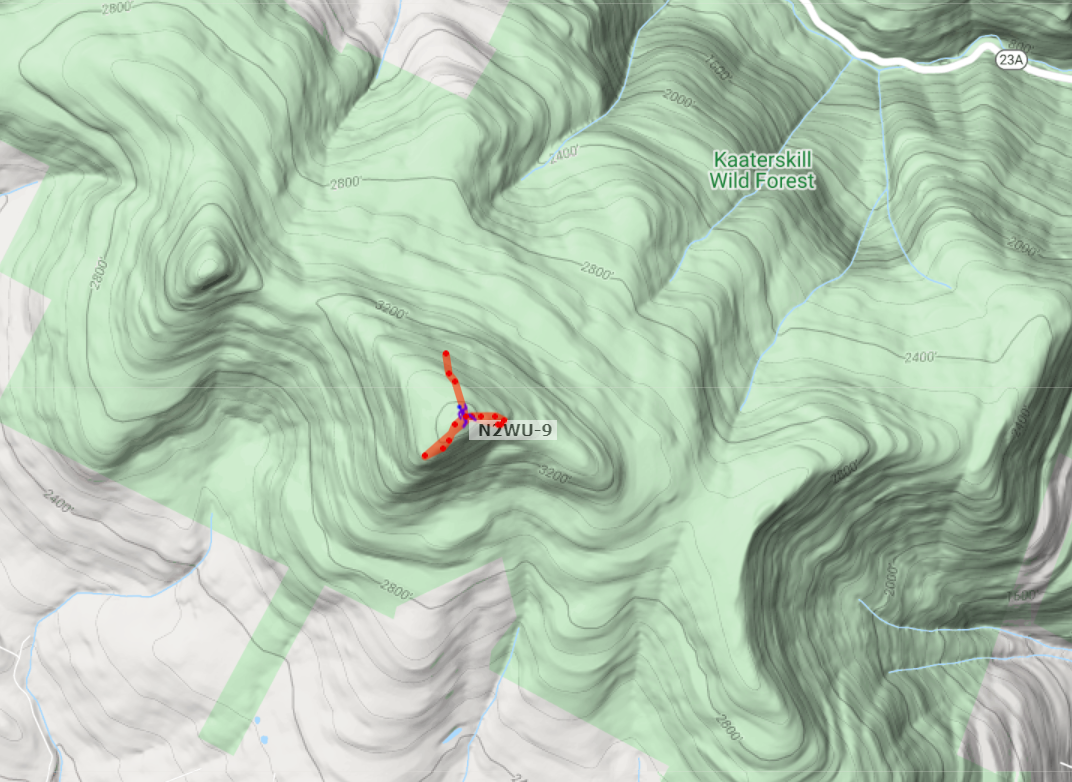 I put an early SOTA Alert for about 1hr 45 mins up. I was actually only 2 minutes late to the contact. I got an immediate pileup and made 7 contacts in only about 9 minutes. Once the YL gave me the look, I packed up for the descent.

I operated CW 10W. Here’s my contact list and a KML generated with advice by Steve K2GOG using the ADIF-KML program. 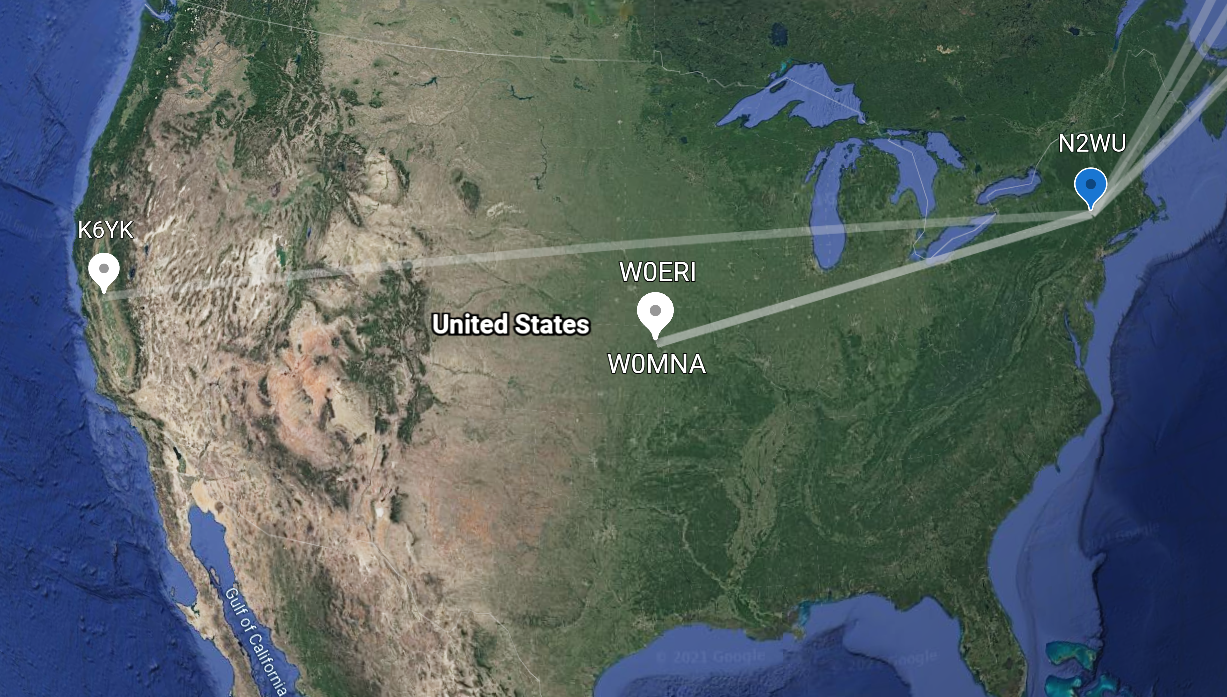 Kaaterskill HP is a tough but rewarding 8.5-mile summit up to 3,564 feet. Proper safety, trail recon, and great sunspot conditions made for an excellent summit (plus a nice winter bonus).