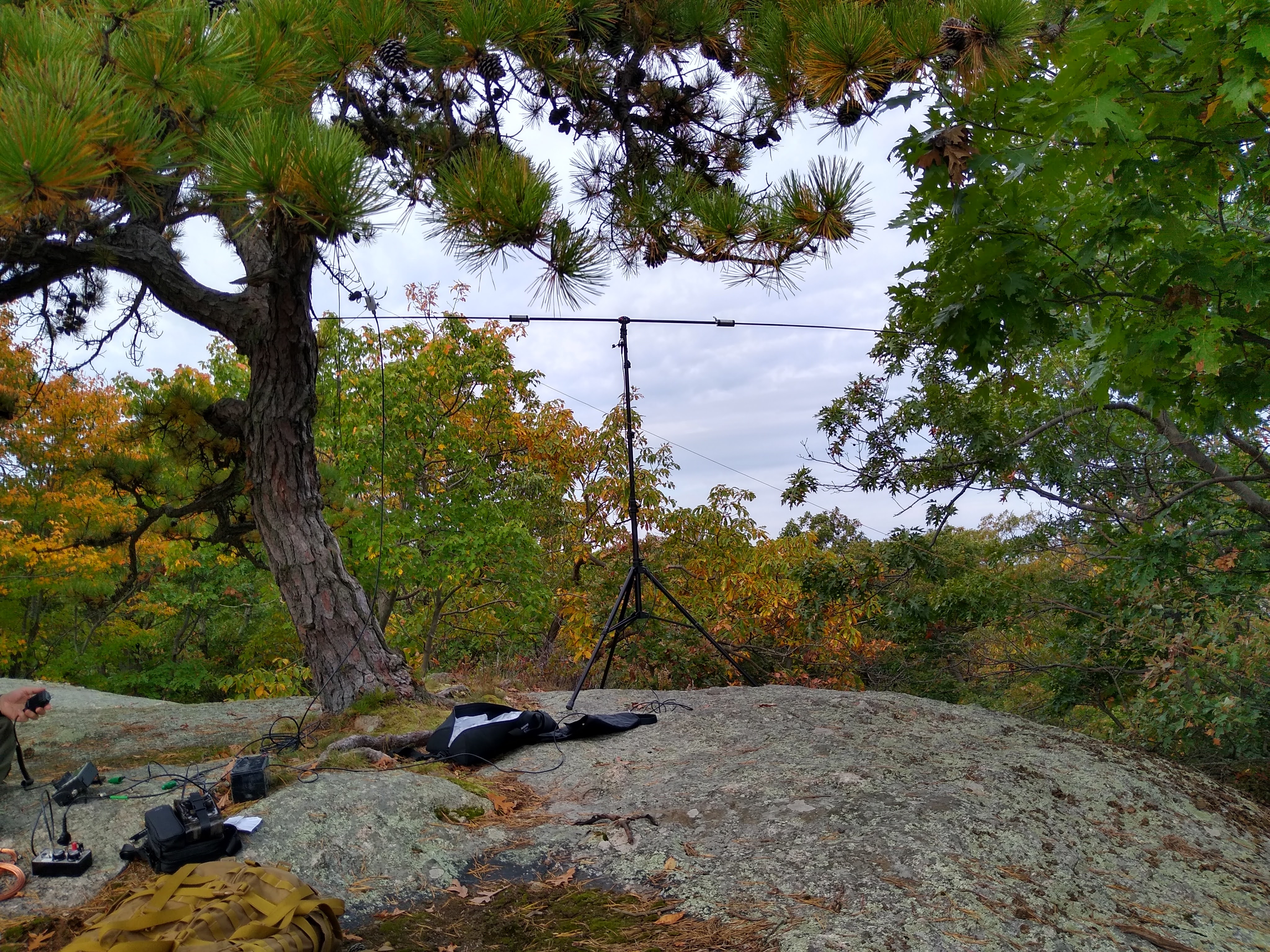 View from the top

Spy Rock stands overlooking Cornwall, West Point, and the Highlands area. It is the perfect summit for our club and actually a key part in the Revolutionary War according to some sources. It is only about 2.5 miles west of West Point.

The summit doesn’t hold many views, but is a nice, quiet, flat peak. There are several trees perfect for dipoles. Remember, please call ahead before you take a group up.

We were also able to see the incredible Mt. Beacon Repeater from the top: 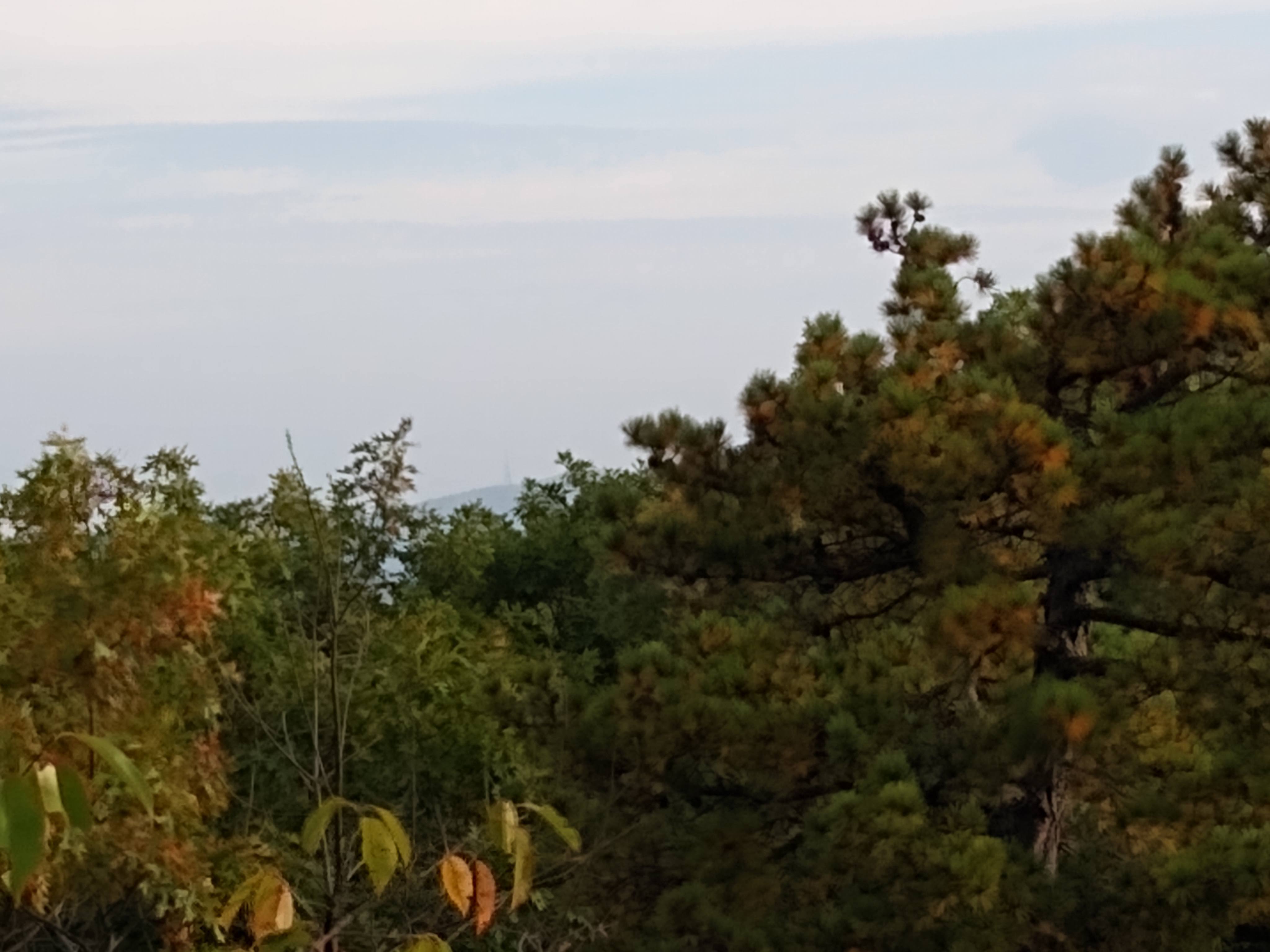 I am still using the new and improved N2WU SOTA Dipole. It was a fairly quick and extremely productive setup.

Total weight - about 4lbs. I improved my slinging steps to get the dipole up:

In addition, Stephen KJ5HY brought up his own equipment:

We had some problems with tuning the two antennas. Thankfully, the ZM tuner saved the day (as always). 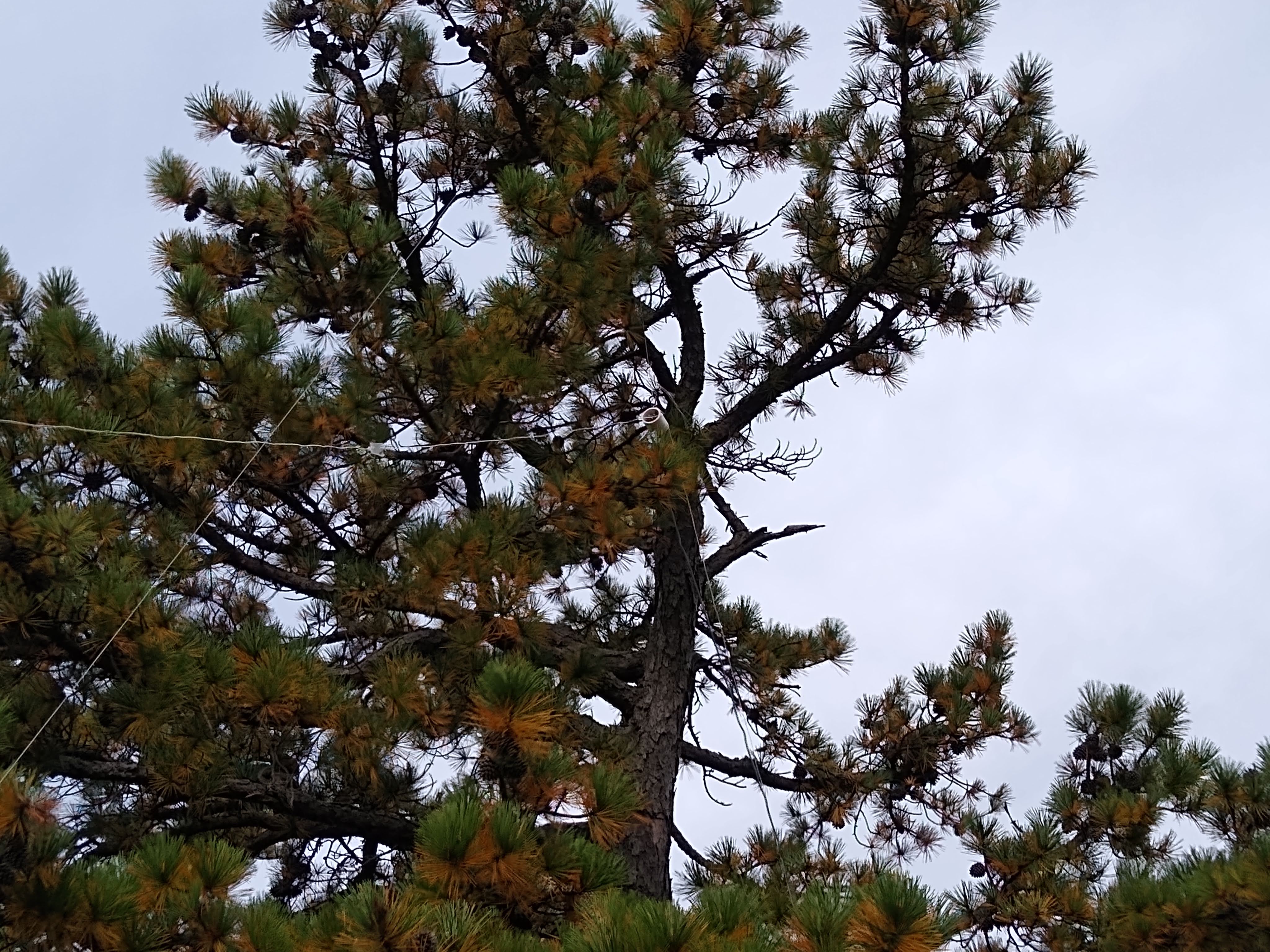 Dipole at the top 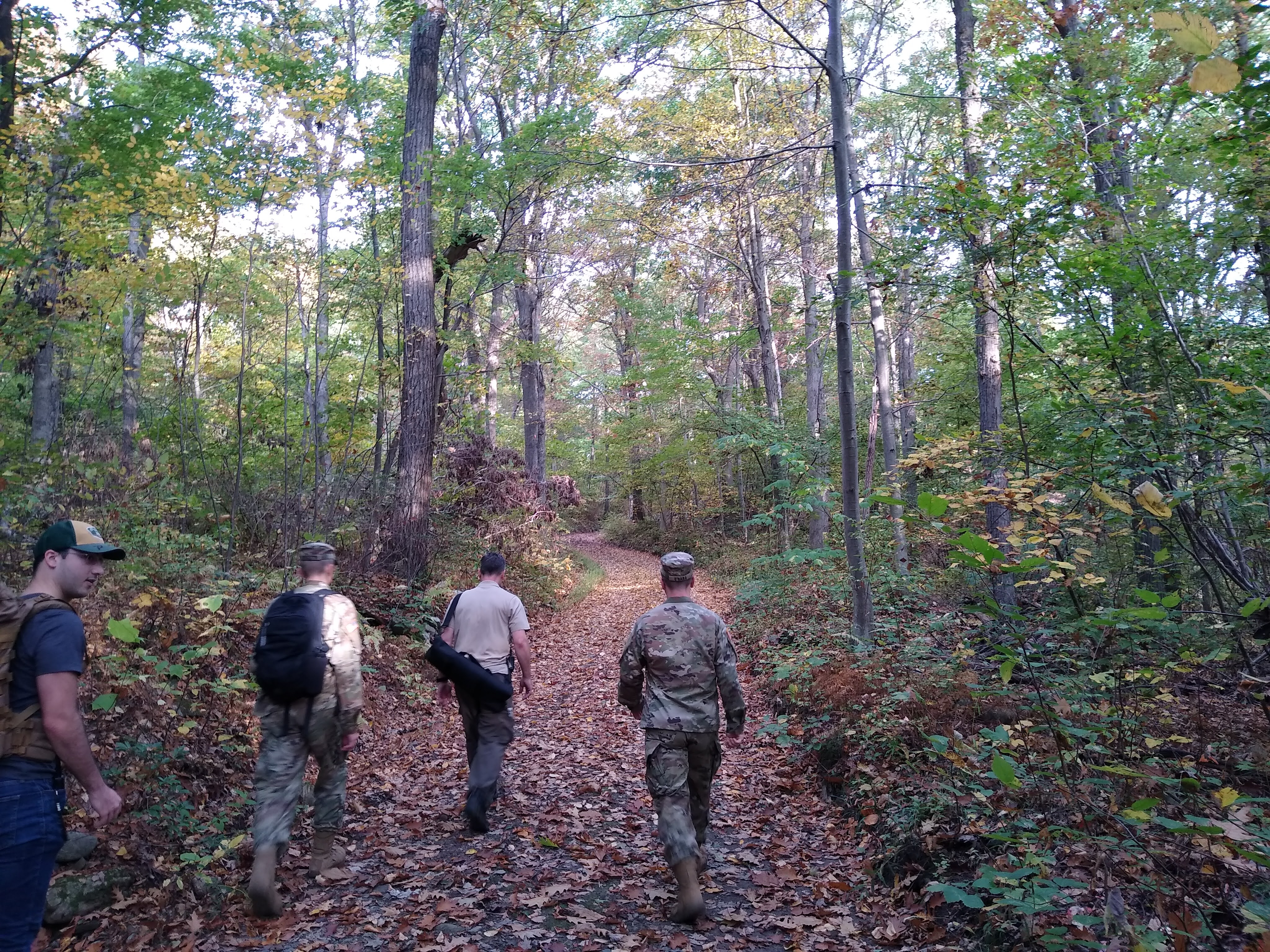 SOTA is always better with friends. I brought three other hams up the summit with me: Stephen KJ5HY; Porter, KN6OLH; and Cavan, KC0SAX, and Jason KC3DCR. We started from Round Pond in the West Point Training Area and hiked from the back of Black Rock State Forest up to Spy Rock for a distance of about 2 miles. 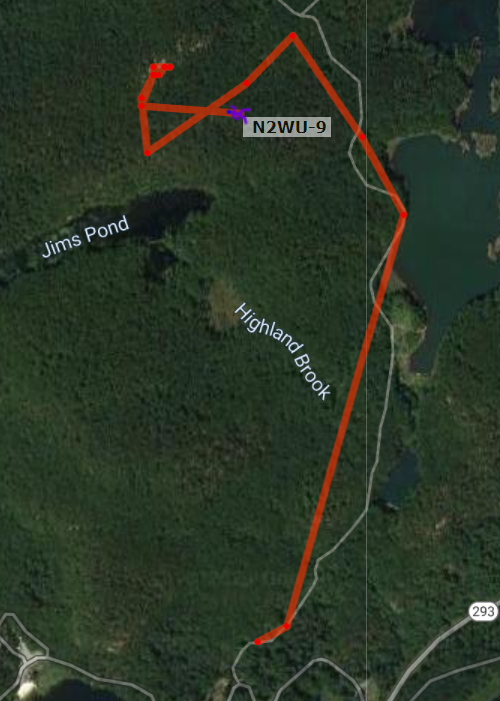 APRS Route for our excursion. 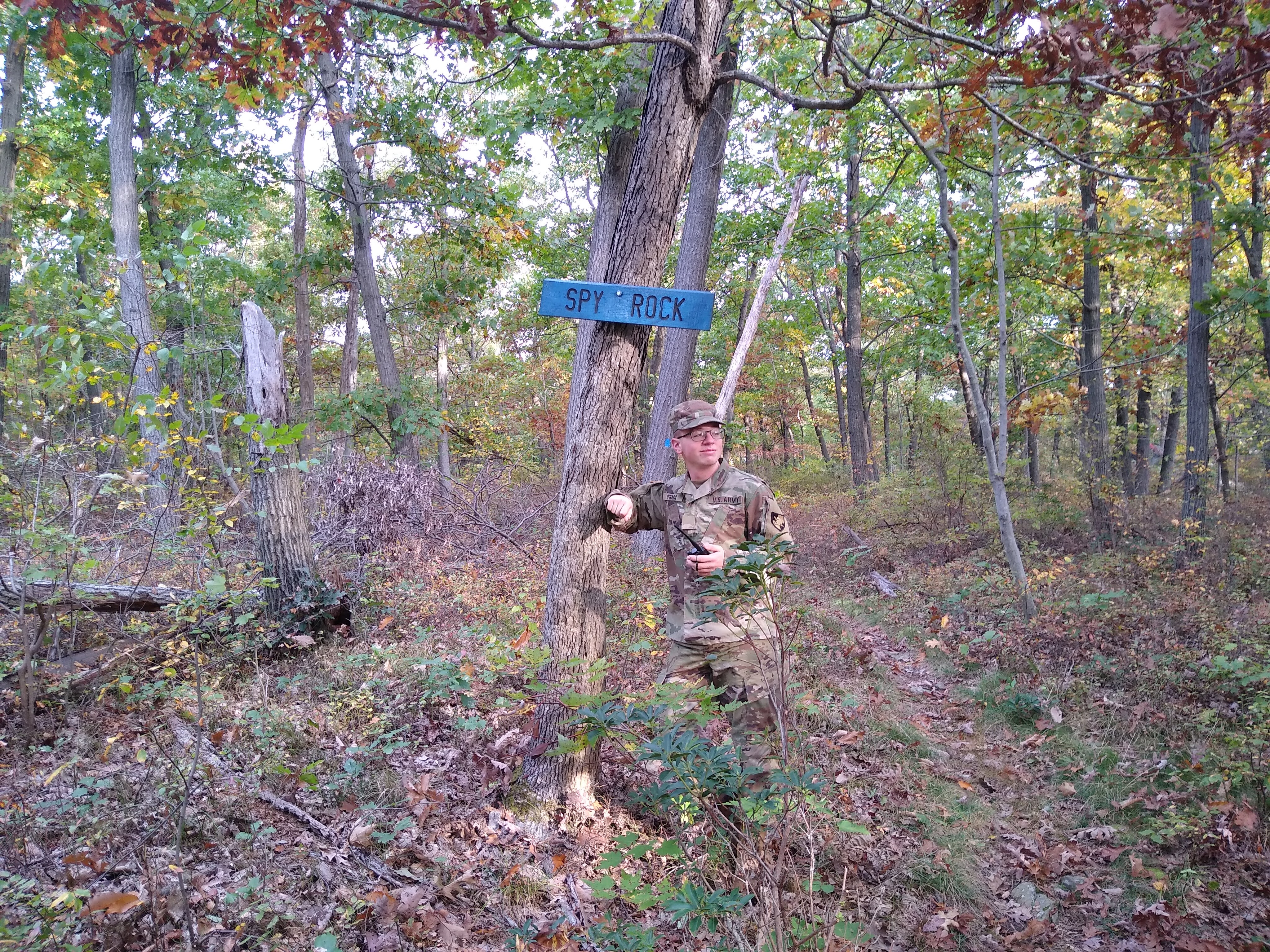 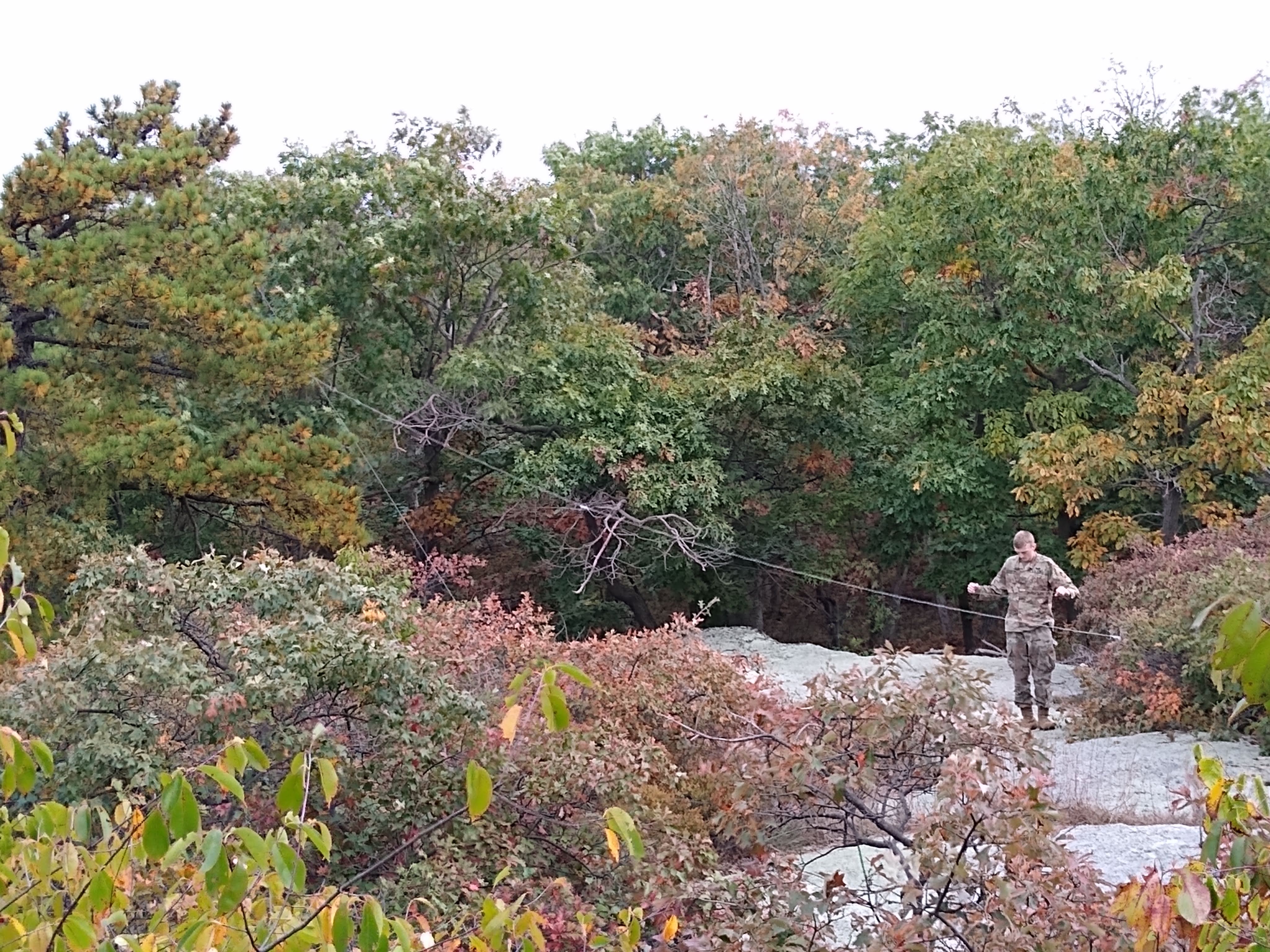 I love sunspot cycle 25. I had more contacts here than my W7 excursion. I have to thank the SOTA Spotting system. I was also able to use the APRS-SOTA Spotting System but got an immediate pileup using SOTA-Watch only.

I operated CW, but Stephen and Cavan operated SSB with 3W and 10W respectively. Here’s my contact list and a KML generated with advice by Steve K2GOG using the ADIF-KML program. 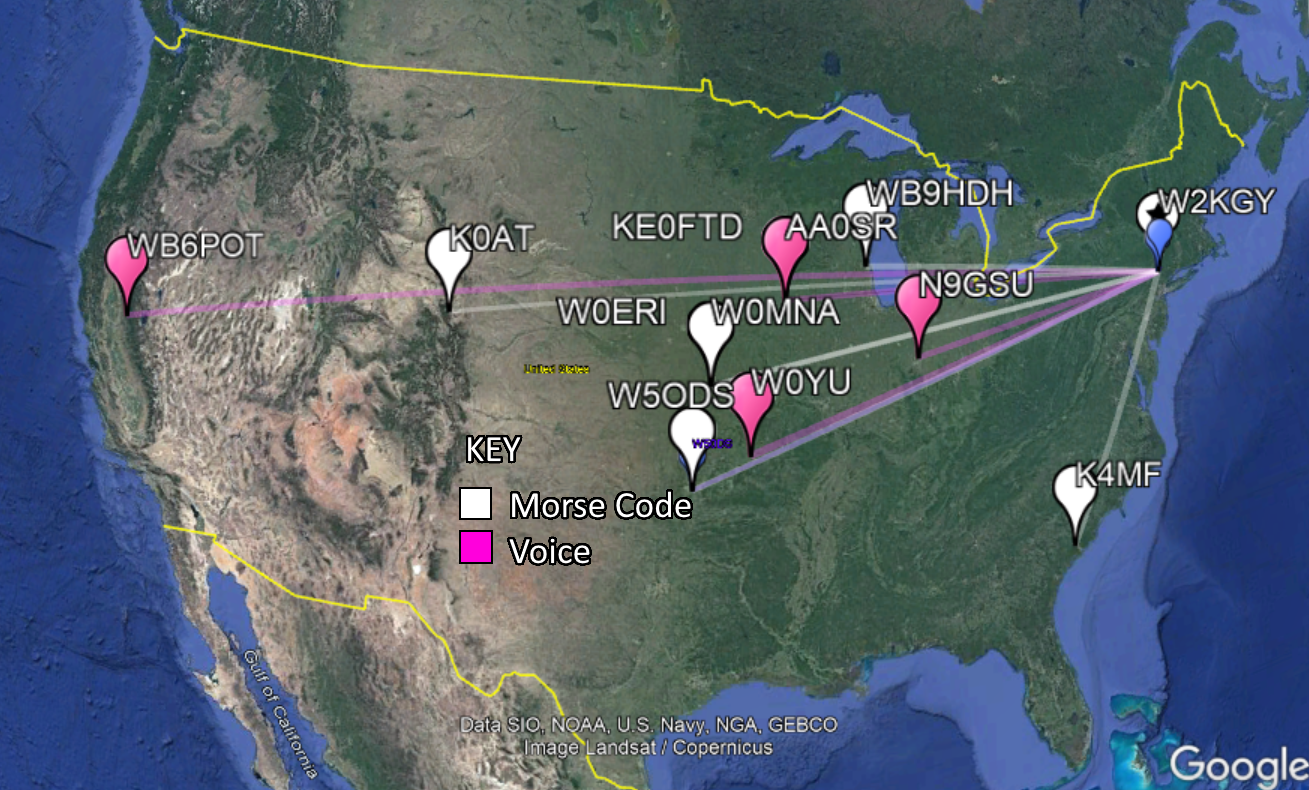 This was one of my favorite activations even if just for one point. I’ll be refining my equipment even more in the coming months, so expect me to squeeze a couple more activations out before the year ends.