I went all in over the weekend on a new island qualification. I’ll detail the trip, the methods, and the results! 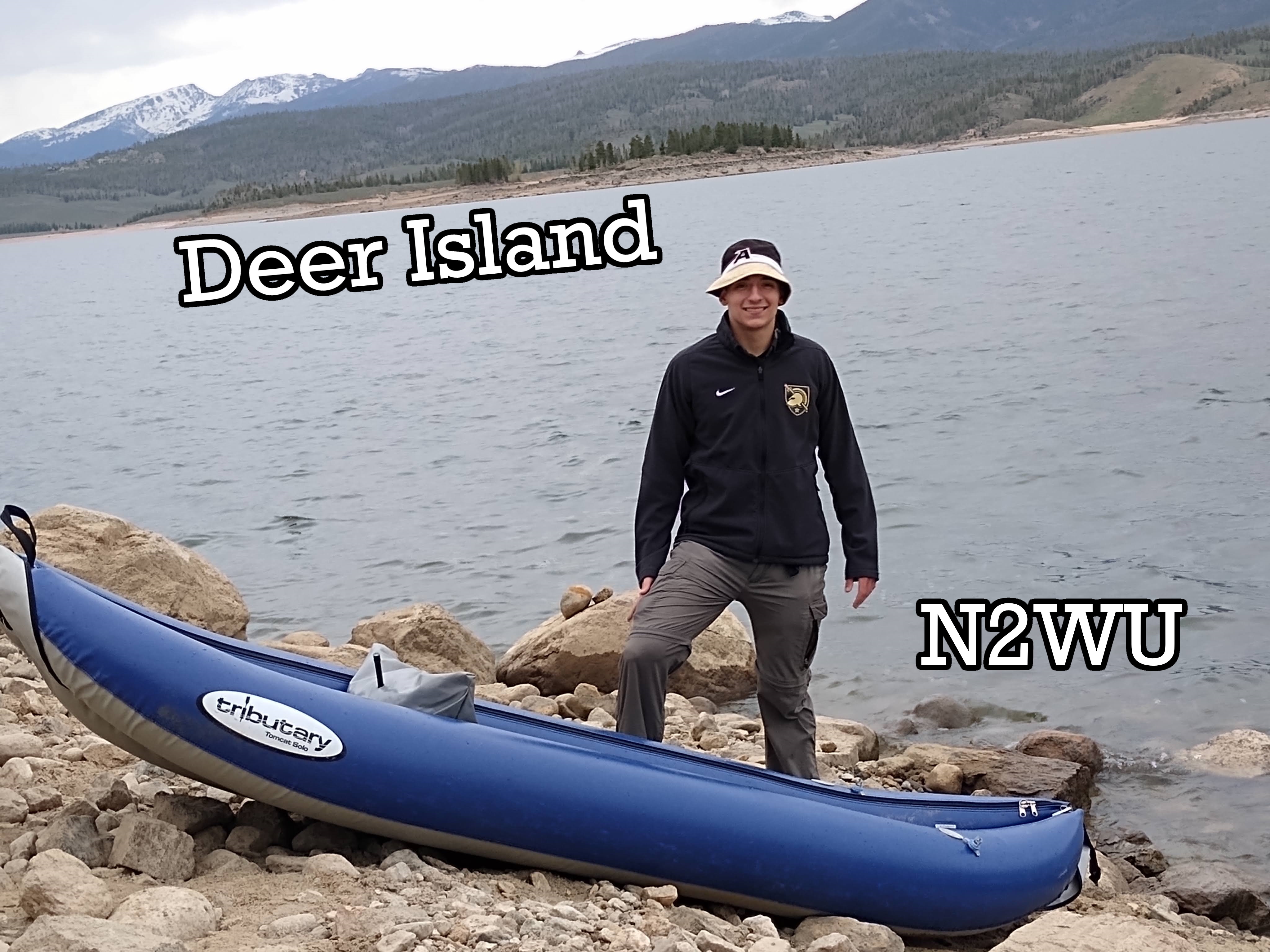 View from the shore!

Deer Island is a beautiful, extremely small island in the center of Lake Granby, CO. I was originally going to swim, but water temps measured 40 degrees (and I forgot my wetsuit in NY). I was looking to qualify Harvey Island as well, but encountered some problems and stayed on Deer the whole time instead.

The pack weighed probably about 12lbs. I crammed my radios into a ziploc bag, then a dry bag.

I parked along the road somewhere and threw my gear down to the bay. I pushed off and kept rowing!

I arrived at the island and tried to set up my end-fed as usual. I quickly realized I was not alone! The island was home to American kestrels and Canadian geese. They both were not a fan of me being there. Because of this, I decided not to throw my antenna extremely high into the trees - probably to my demise. 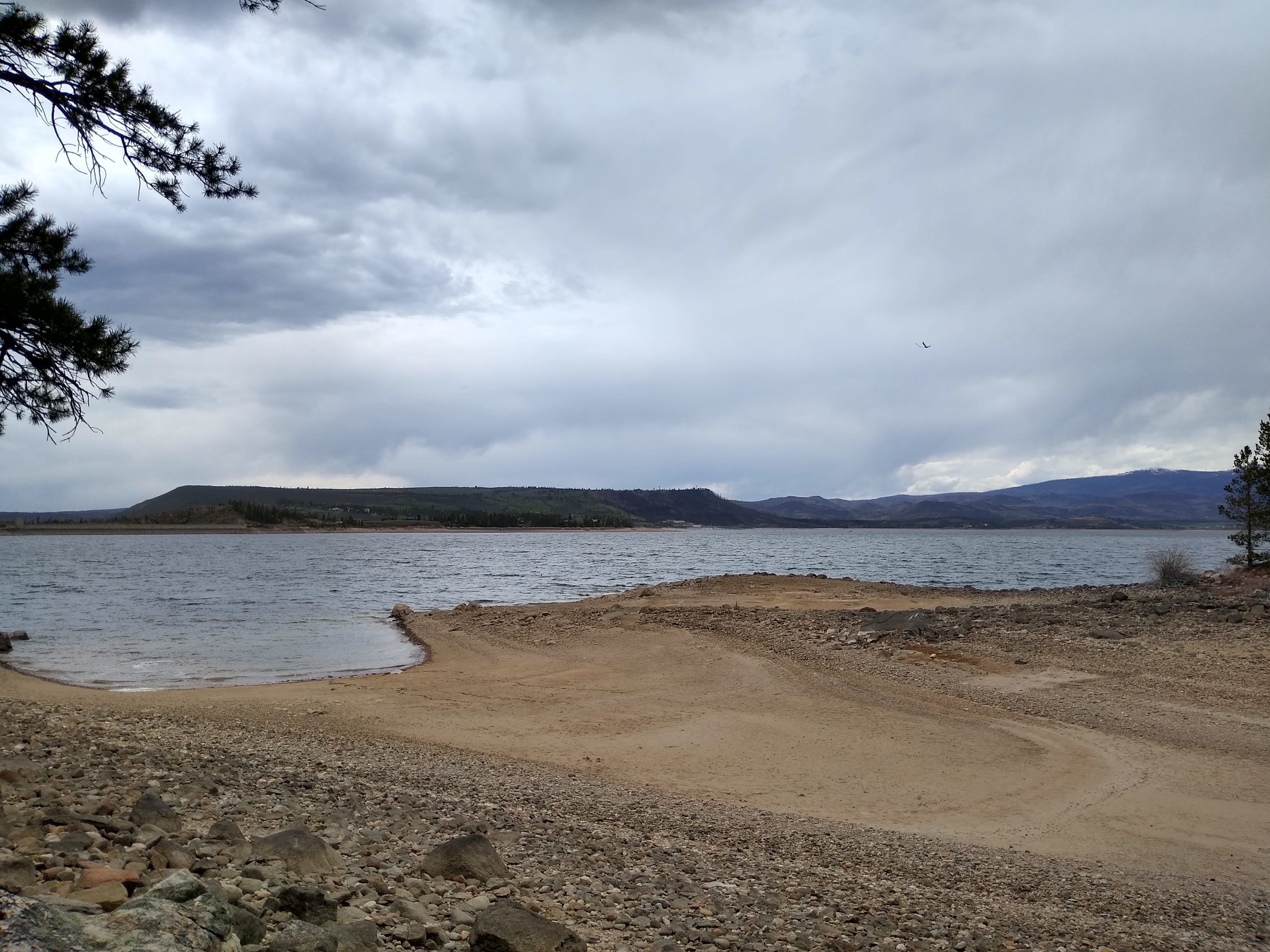 Image of the beach head

With my rational fear of geese and eagles, the extreme winds, and lack of suitable height, I kept my dipole at only 10-15 feet. This was probably extremely low for any propagation - it showed. There was also the CW WW contest going on where I struggled to find a clear frequency not being used by 1.5 kW CW operators. Additionally, my dipole ripped somehow - so I was restricted to 20M.

As a combination of these factors, I was surprised to squeak out the contacts I did. I got my minimum and left neglected Harvey island - maybe another weekend. 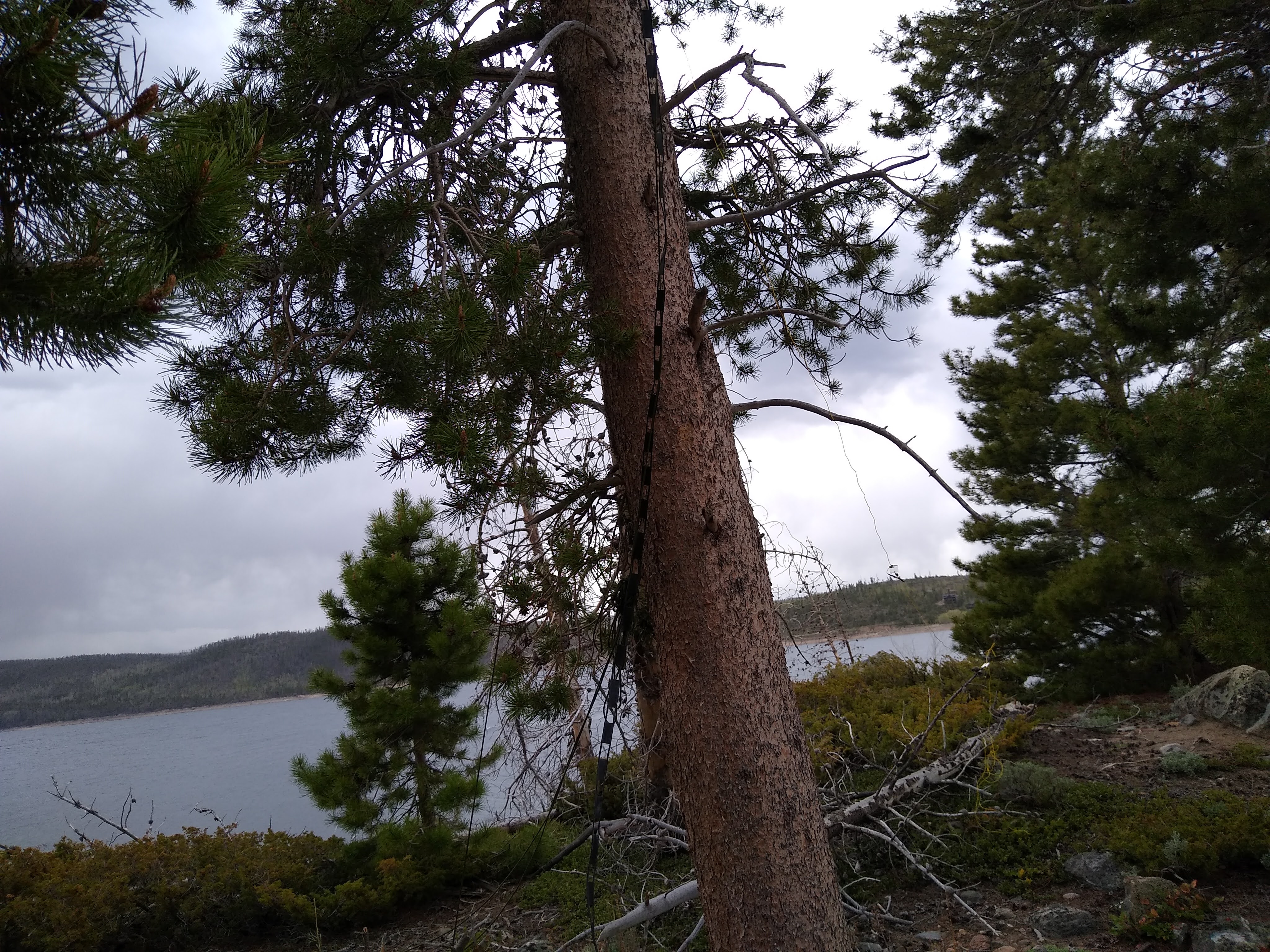 Antenna in the low trees 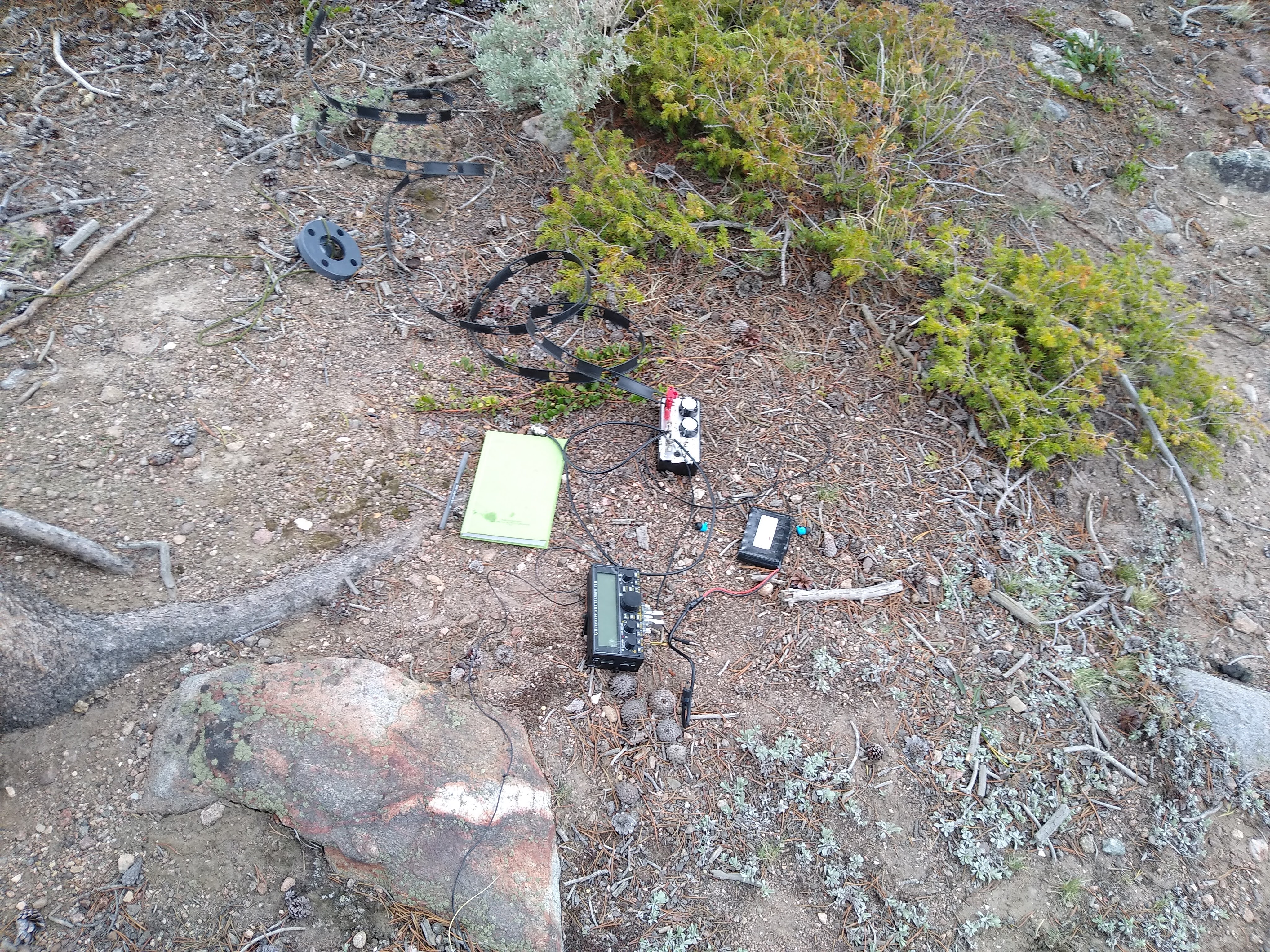 Equipment on the island

I high-tailed it out of there as soon as I got my minimum. The temperatures dropped, the winds increased to over 15MPH, and whitecaps were visible on the water!

I steadily got in my inflatable dingy and had some points on my mind:

So I took one paddle every 5 or so seconds, and let the winds push me to shore. It worked well and I didn’t fall in. 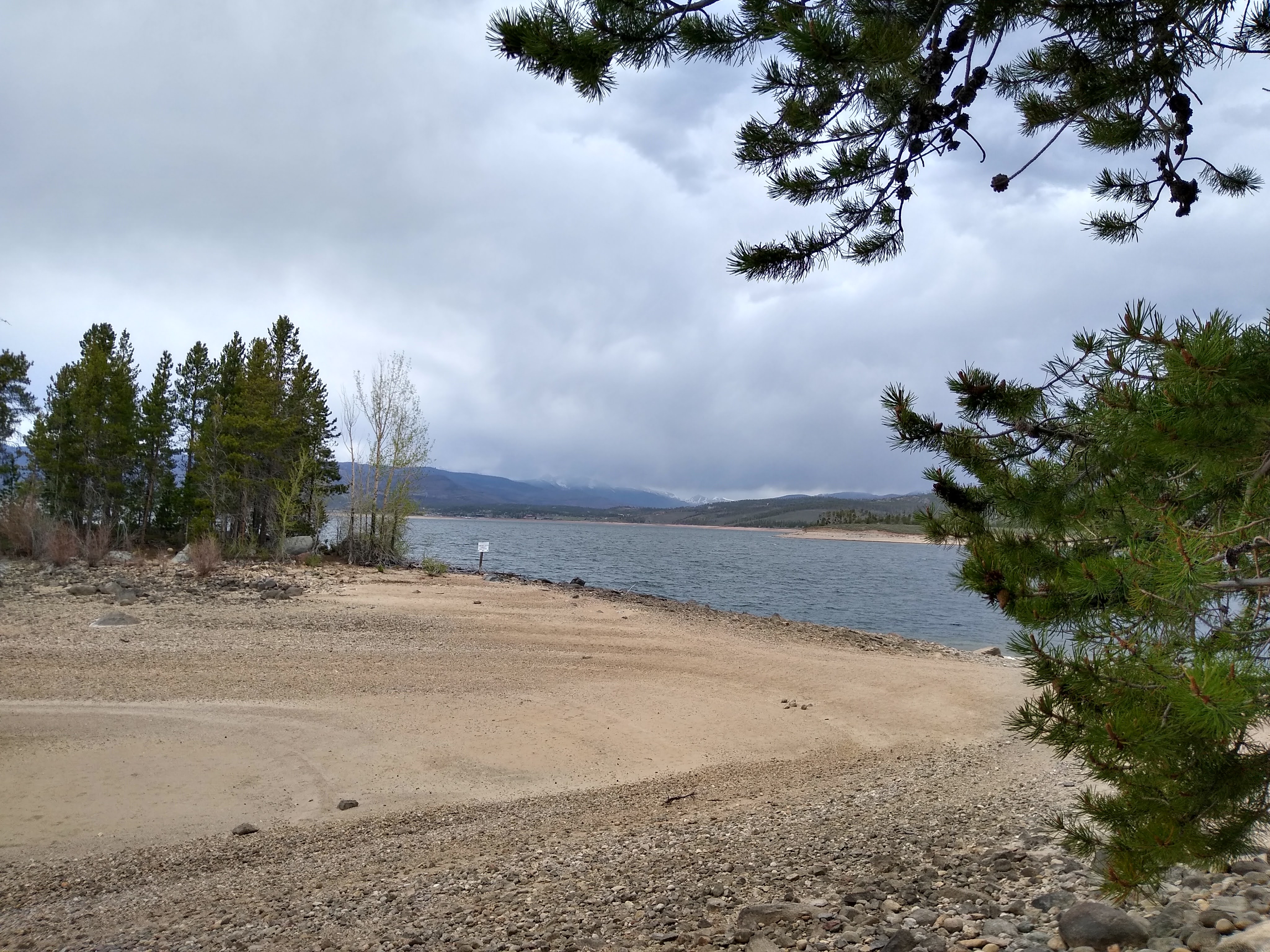 This was overall a great event. I never knew ham radio could be so extreme! It also highlighted some issues with my antenna setup - I never get good radiation out of the end-fed and should have improved my linked dipole. I am looking for better configurations for the two, so if you have any suggestions shoot them my way.

This is the first step in a long journey of US islands. Stay tuned for the Hudson River Radio Relay on June 12th when I qualify Constitution Island!