You’ve probably seen the cranes and construction going on in Bartlett, and no, the labs still aren’t getting air conditioned. W2KGY, the Cadet Amateur Radio Club, is installing antennas for their ground station from 03-11 May.

The Cadet Amateur Radio club has the record for the longest continuously-operated club in West Point History. Since the 1920s, we have innovated, inspired, and excelled in both military and amateur radios. “W2KGY” is our callsign (randomly assigned) and we operate almost like a broadcast radio station in the sense that we talk on-air with other people.

To quote Ward Silver, N0AX, we operate as a “Science, Skill, and Service.” We have many ongoing research projects, including a portable motion detector I presented during projects day. We are closely tied to the weather balloon satellite launched every April. Skill wise, we participate in contests throughout the academic year, most notably Noble Skywave every October. Lastly, we volunteer through Orange County Amateur Radio Club for the Toughman Triathlon. In all 3 elements we will expand the following years.

Why the antenna installation?

Bartlett Hall was recently renovated and was completed in 2016. During this time, our beam tower (representation right) was taken down and replaced instead with a dipole (“clothesline,” left). You can guess for yourself the performance difference:

The tower offers much better performance plus the ability to “point” our signal in a good direction. We will be able to run more smoothly and successfully now. This is actually the first antenna install since 1985, and isn’t just the massive tower. We are installing a satellite array to bounce signals off of satellites/the moon to other hams: 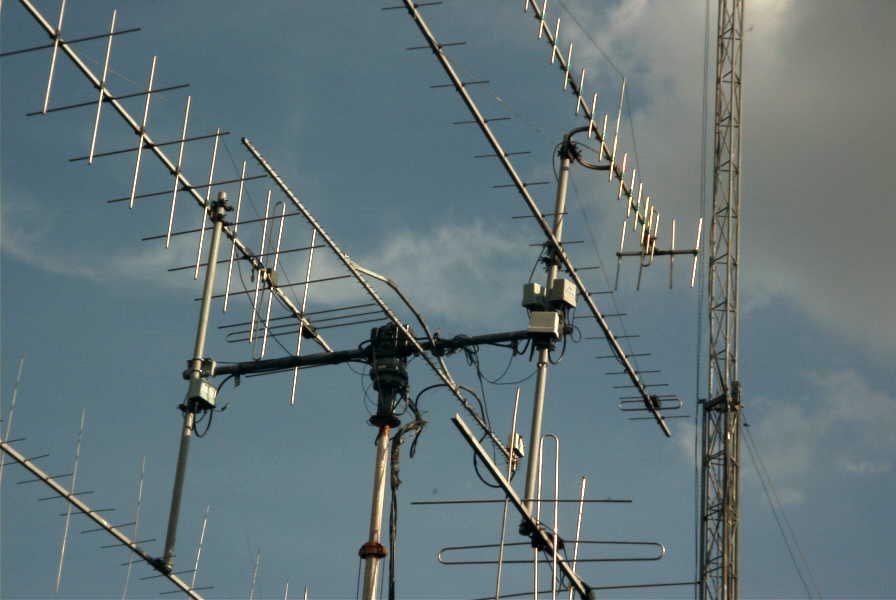 Why do I care?

You will interact with radios during every mission. As both an amateur and military station, we use technology already on, and sometimes miles ahead, of the Army. As a science, skill, and service, we provide a useful avenue for capstones, hobbies, and volunteer opportunities with a military-relevant field.

How do I learn more?

The CIC for AY20 is CDT Nolan Pearce, nolan.pearce@westpoint.edu .

ARRL - What is Ham Radio?

Getting your Technician License